“Ripsaw Music”. Another name for this type of music is ‘Rake ‘n’ Scrape’. The basic instruments used are the saw, the goatskin drum, the hand accordion, also known locally as the Constentina, hand-made maracas and the acoustic guitar. The main instrument featured is the ordinary carpenters handsaw found in any hardware store. The saw is held with either end in a number of ways to produce a bend in the center of the blade. A metal scraper, usually a long nail, a fork or knife or a screwdriver, is raked and scraped over the teeth of the saw to produce a unique percussive scraping sound, this action is called “Ripping the Saw”. Bending the body and ripping the saw in time with the beat of the music produces a wobbled overtone. This gives you the characteristic sound of ripsaw music. Lovey Forbes and his son Corry Forbes are the fore runners in composing and recording Ripsaw music in the Turks and Caicos. 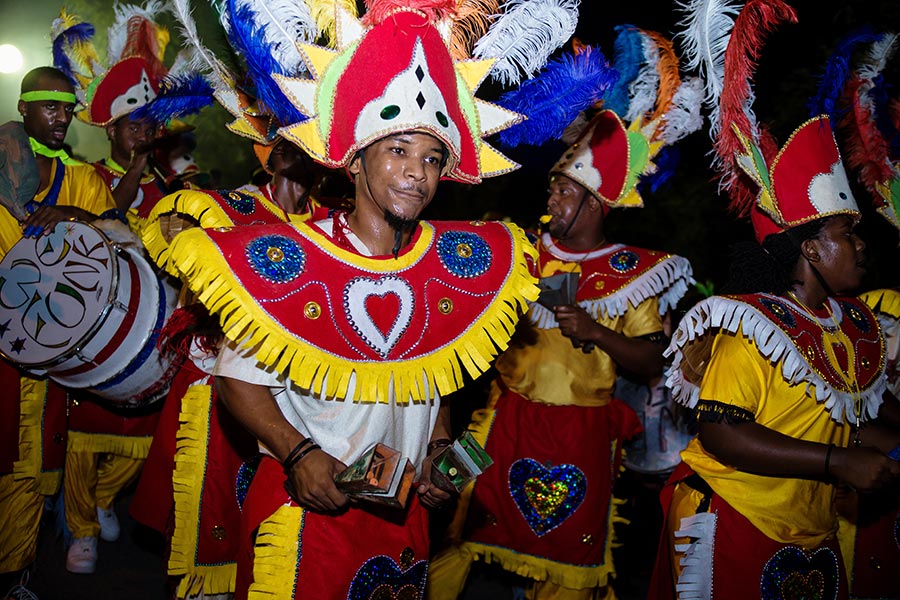 Lovey Forbes came up with the name “Combina Music” to describe the new mix of Ripsaw and popular foreign music. Jamaican Reggae, Bahamian Calypso and Eastern Caribbean Soca all play a major role in the local music scene. Another popular form of music emerging in Turks & Caicos is Junkanoo. 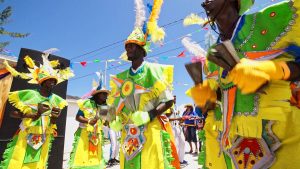 The Cultural Significance of Junkanoo

Written by Layton Lewis To understand the importance of Junkanoo and its cultural impact on the Turks and Caicos, we must first learn about what this artform truly is and its history. To be precise the exact origin of Junkanoo to this day is unknown, but its roots can be traced back to West African 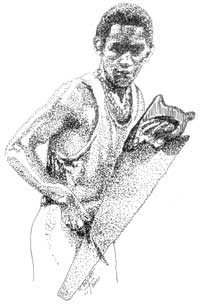 The exact origin of Junkanoo is not known, but it dates back to the early days of slavery, when the Christmas and New Years holidays were the only times slaves were given any recreational freedom. In the early days, Islanders would wear old clothes painted with bright colors or they would tie colorful strips of ribbons and cloth to their clothes along with other costumes made from cardboard and crepe paper.

In these costumes they would dance to the rhythm of the goatskin drums, cowbells and other handmade percussion instruments, they went house to house singing songs and performing for money, food, candy and drinks.

These days Junkanoo is more organized. Groups from different settlements would compete against each other for the most outrageous costumes or the best drummers and rhythm section. The costumes have become elaborate, depicting different themes and characters.

Junkanoo happens throughout the year for public holidays and local events. Visitors can see the biggest Junkanoo celebrations on the early morning of New Years Day in particular.

The most popular dance sytle in the Turks & Caicos is “winin” also known as “Wine-up” or “The Wine”. To “wine” is to gyrate the hips from the waist in a circle in the time to the beat of the music being played, usually Rip-Saw, Soca or Calypso. More stylized dances such as the “Shati,” which is a waltz dance and the heal and toe polka combine a mix of European and African heritage and are preferred by the older generation. The “Conch Style” is a local dance that is done by stepping and hooking one foot behind the ankle of the other in time to the ripsaw music.