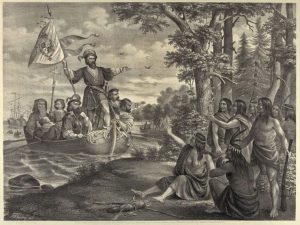 Turks and Caicos Islands History begins long before Christopher Columbus first set foot on the capital island of Grand Turk during his discovery voyage of the new world in 1492, the islands of the Turks & Caicos were inhabited by Taino and Lucayan Indians.  These original settlers left a rich heritage of seafaring, salt raking and farming, which still lingers on today.  Words such as “canoe”, Caribbean and “caicos” are derived from the Arawak language.   Even the name of the country comes from these earliest inhabitants.  Turks is a reference to the indigenous Turk’s head cactus and Caicos is from the Lucayan term “caya hico” meaning string of islands. 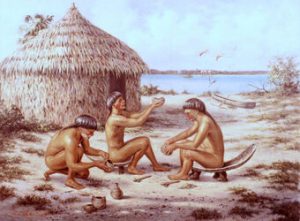 Another peculiarity that has been passed down through the generations is a love of shellfish, particularly conch – which is actually available in abundance to this day, thanks to the work of the Caicos Conch farm, the only commercial conch farm in the world.

For almost 700 years, the Taino and Lucayan Indians were the sole residents of the islands, settling mainly in Middle Caicos and Grand Turk.  They lived peacefully and were skilled in farming, fishing and gardening.  They cultivated almost 50 types of plants, some of which can still be found on undeveloped sections of the islands. 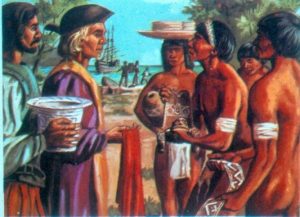 Shortly after Columbus arrived in 1492, the Lucayan civilization disappeared and the islands remained sparsely populated for about 30 years.  During this time, the salt making industry was born.  Bermudians came to Turks & Caicos to rake the salt and take it back to Bermuda.  Salt was a precious commodity back then as it was used not only for flavoring food but for preserving it as well.  The shallow waters surrounding the islands were ideal for salt raking but treacherous for nautical navigation and more than 1000 ships were wrecked during the journey to and from.

In 1706, the French and the Spanish briefly captured the Turks & Caicos Islands from the Bermudians.   Four years later the British reclaimed the islands for Bermuda but in subsequent years the place became primarily a haven for pirates and British Loyalists fleeing the American Revolution.   Ultimately, Britain retained the island country by the end of the century as part of the Treaty of Versailles.  In 1766, after being controlled by the Spanish, French and British, Turks & Caicos became part of the Bahamas colony and was placed under the Bahamian government.   Attempts to integrate the two distinct communities failed and in 1874 after “the Great Bahamas Hurricane” devastated much of the chain of islands, the Turks & Caicos Islands became dependencies to the British Crown Colony of Jamaica.

Jamaica won independence from Britain in 1962 and so Turks & Caicos then became a British Crown colony on its own and still is one today.  It was not until the early 1980’s when Club Med Turkoise Resort opened that Providenciales – and Turks & Caicos in general – started to become a viable tourist destination.  Since then, increasingly more development has taken shape, and the small, salt raking island country of Turks & Caicos has grown into what is quickly becoming recognized as one of the world’s premier beach destinations.

Though the days when the Lucayans fished and sailed the turquoise waters of Turks & Caicos have given way to live-aboard dive boat operators, commercial fishing and off-shore financial services, their gentle temperament and love of nature can still be felt today, after almost 1200 years.  Turks & Caicos is quickly becoming a leading international investment center for the offshore investor. The islands are a “zero tax” jurisdiction and therefore have no taxes on income, capital gains, corporate profits, inheritance or estates.

Today, Turks & Caicos stands on the threshold of an exciting future boasting the fastest growing economy in the Caribbean coupled with strictly controlled development to protect the islands heritage as a pristine sanctuary for both local residents and tourists to enjoy for the next thousand years.

Interesting Articles from our Blog 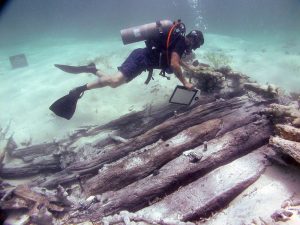 In the beautiful by nature, Turks and Caicos Islands, lies... 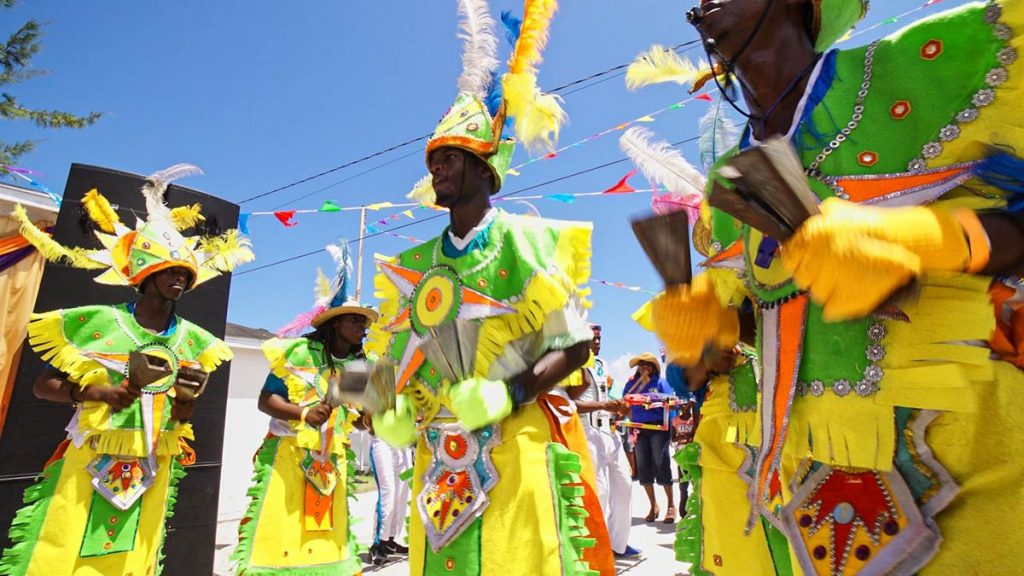 “Ripsaw Music”. Another name for this type of music is ‘Rake ‘n’ Scrape’. The basic instruments used are the saw, the goatskin drum, the hand accordion, also known locally as the Constentina, hand-made maracas and the acoustic guitar.