The Turks and Caicos Tourist Board recently welcomed five new team members namely Sharissa Lightbourne, Elisha Jennings, Yanike Lee and Jennifer Pardo (all based in Providenciales) and Shaleeya Richardson (based in Grand Turk). 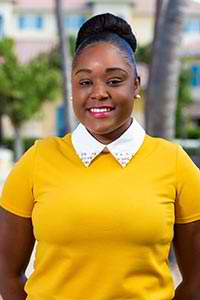 Sharissa Lightbourne joins the team at the Tourist Board as the Statistical Officer. Ms. Lightbourne is a Grand Turk native and 2005 graduate of the Helena Jones Robinson High School. She continued her education at the Turks and Caicos Islands Community College where she earned an Associate Degree in Hospitality and Tourism Management in 2007. Her educational pursuit continued at Barry University in Miami Shores, FL where she majored in Computer Information Sciences and earned a Bachelor Degree in 2010. Ms. Lightbourne has extensive community involvement and professional experience and most recently served as the administrative officer at The Office of the Complaints Commission. 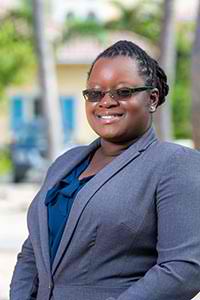 Elisha Jennings has joined the team as the Senior Public Relations Officer. Ms. Jennings is a native of Providenciales and graduated from the Clement Howell High School in 2005. She completed tertiary education at Johnson and Wales University in North Miami, FL where she earned a Bachelor of Science Degree in Marketing in 2010. Upon returning to the Turks and Caicos Islands, she gained notable experience in the private sector in public relations, marketing, sales, revenue management and hospitality. In 2014 Ms. Jennings completed training to obtain the Certified Revenue Management Executive designation by the Hospitality Sales and Marketing Association International. Ms. Jennings is also a Star Awards Manager of the Year nominee and was most recently employed as the Reservations Manager at the Windsong Resort. With a passion for mentoring and empowering young people, Ms. Jennings currently serves as the Youth Director at the Jericho Baptist Church. 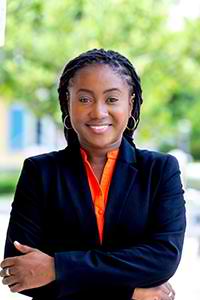 The Tourist Board is also happy to welcome Yanike Lee to its team as Executive Assistant. Ms. Lee has an impressive professional record having held previous roles in the areas of accounting, office administration and customer service in the private sector. Ms. Lee graduated from the Clement Howell High School in 2005 and then continued her studies at the Turks & Caicos Islands Community College where she earned an Associate Degree in Hospitality Studies in 2008. She later attended the University of the West Indies in Jamaica, where she graduated with a Bachelor of Science in Management Studies in 2012. Not only is Ms. Lee academically and professionally driven, she is also actively involved in community programs and has served as Treasurer for the TCI Volleyball Federation since 2016. 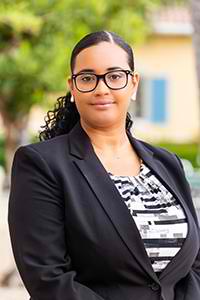 Jennifer Pardo, the Tourist Board’s new Marketing Executive, was born and raised in the island of Grand Turk. Ms. Pardo has a record of academic excellence and attended the Ona Glinton Primary School where she became the top performing GSAT student in the Turks and Caicos in 2006. She then went onto the Helena Jones Robinson High School where she became the top performing CXC student in 2011. In 2013 Ms. Pardo received an Associate degree in Business Administration with honors from The Turks and Caicos Islands Community College, Grand Turk campus and was the top performing Business Student in the College. In 2016 she received a Bachelor’s degree in Business Management with honors from King’s College London and in 2017 earned a Masters degree in Advertising and Marketing with honors from Leeds University. Ms. Pardo was most recently employed at Radio Turks and Caicos as the Sales and Marketing Officer and previously has completed several internships at Digicel, Fortis TCI and the TCI Government Statistics Department. Ms. Pardo is passionate about community service and is an active member of the Rotaract Club, living by the club motto “service before self”. She is also a Red Cross Volunteer and DDME volunteer, having recently become a certified Disaster Shelter Manager. 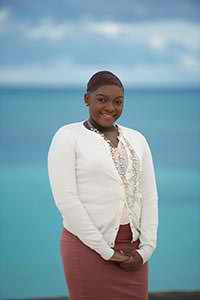 The newest addition to the Grand Turk team as Visitor Reception is Shaleeya Richardson. Ms. Richardson was raised in Grand Turk and graduated from the Helena Jones Robinson High School in 2014. She is currently a student at the Turks and Caicos Islands Community College pursuing an Associates degree in Business Studies. Thereafter, she will pursue a Bachelors degree in Tourism Management and plans to further her career in the tourism sector. Ms. Richardson has expressed her gratitude to be a part of the Tourist Board’s team and lending her skills to market our destination. 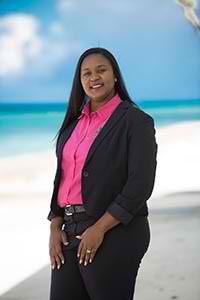 While she is not new to the team, we would like to take this opportunity to re-introduce Candesha L. Mills, Product Development Officer of the Turks and Caicos Island Tourist Board. Mrs. Mills is a native of Grand Turk and a graduate of the Turks and Caicos Islands Community College, having earned an Associates degree in Business Studies from the institution. She matriculated to Johnson & Wales University in North Miami, FL where she earned an Associate and Bachelor of Science degree in Marketing. Mrs. Mills is currently pursuing a Master of Science in Global Tourism and Sustainable Economic Development. Her employment at the Turks and Caicos Tourist Board commenced in July 2007 as Statistical Coordinator and she was appointed as Product Marketing Officer in 2008. Her role was subsequently changed to Product Development Officer and she is tasked with the responsibility of assisting with the implementation of the strategic product development plans, formulation of a sustainable development plan, and exploring new product developments and visitor attractions. Mrs. Mills has expressed that her goal is to develop new and innovative ideas to ensure the longevity of the industry and discover new ways of expanding the Turks and Caicos Islands tourism offering such as the cruise ship industry.

BREAKING NEWS: Travelling to the Turks and Caicos made easier!

The Turks and Caicos Islands Government has announced its updated  entry requirements and effective May 1st 2022, the protocol is as follows: All Visitors 18

Turks and Caicos’s Updates Entry Protocol for All Arriving Passengers