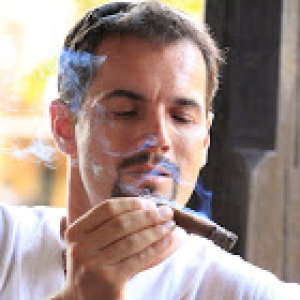 Making a strong push to court Brazilian businesses and travelers as part of a strategic plan to develop the Latin American markets, the Turks and Caicos Tourist Board recently returned from a marketing and trade initiative in Brazil that culminated with a showcase at the World Travel Market Latin America (WTMLA).

After tourist arrivals from Brazil to Turks and Caicos grew by 95.5% year-on-year in 2013, from 605 tourists in 2012 to 1, 185 tourists in 2013, tourism officials are ramping up its presence in the cities of São Paulo, Rio de Janerio and Jundiaí. While the actual numbers may seem minuscule, the growth percentage is much to tout about and shows interest from this emerging market.

“We want to be visible and make sure we’re top of mind to Brazilian travelers,” Director of Tourism, Ralph Higgs said. He continues, “The recent road show allowed the Tourist Board the opportunity to meet and build relationships with the top travel professionals from several regions in South America and to encourage travel to the TCI. This buzz in the Brazilian market is a direct result of years of hard work by the Tourist Board and its hotel partners and the TCHTA.”

One of the real accomplishments of this trip is the partnership forged with CVC Viagens, a major wholesaler/tour operator in Brazil. CVC is the largest tour operator in Latin America and the third largest in the world, with 800 stores and 7,000 salesmen. In the Caribbean market, CVC sends 45, 000 visitors to Cancun, Mexico per year, and 25,000 to the Dominican Republic; the Turks and Caicos Tourist Board looks to tap into this share. CVC hopes to launch its first marketing package to the Turks and Caicos Islands by the end of June 2014. This relationship with CVC will take “Brand TCI” to all segments of the Brazilian travel market.

“CVC is pleased to announce a very promising partnership with the Turks and Caicos Tourist Board. During the months of May and June, we plan to structure our packages and begin our efforts in order to launch the destination to our clients all over Brazil, particularly to those clients that matches the Turks and Caicos’ visitor demographics,” says Mariana G. Bonaparte, CVC’s Product Manager for the Caribbean and Mexico. “We are aware of the Caribbean’s market potential in our emerging economy and especially of the islands of the Turks and Caicos, and that is the reason why we foresee a fruitful partnership for a long time. We are committed to working together with the Tourist Board with the objective of sending more and more Brazilians to this amazing destination.”

Premier and Minister of Tourism, Dr. the Hon. Rufus Ewing, said he was pleased with the Tourist Board’s and its partners efforts in the Latin American market, and noted that they are consistent with his government’s plans to diversify our source markets and increase arrivals particularly in the summer months from these markets. Since the Tourist Board launched its digital marketing efforts in Brazil last year, the destination have received several editorial coverage, featured on the cover and in the spread of numerous luxury Brazilian travel and dive publications, including but not limited to Q Travel Magazine, Mergulho Magazine, and social media exposure via Mergulho and Nautica.

Respected Brazilian journalists and dive operators, Alcides Falanghe and Tatiana Zanardi of Ocean Eyes Productions who partnered with the Tourist Board noted that Brazilians are becoming well acquainted with the Turks and Caicos Islands. “The Turks and Caicos Islands is like the latest fashion trend or hotspot for Brazilians; a popular and sought after brand. Those who have visited are constantly buzzing about the destination so now everyone wants to visit.”

According to Zanardi, “Everyone we showed pictures and videos of the beautiful beaches, the whale watching experience, spectacular diving and the visibility of the water to, wanted to book their vacation to the Turks and Caicos on the spot.” Zanardi added, “It was an excellent move by the Tourist Board to attend the various tradeshows and meetings. The operators thought that by having official representatives from the destination presenting to Brazilians showed courtesy and a depiction of how friendly people are on island.”

Chairman of the Turks and Caicos Tourist Board, Dr. Kingsley Been, who was also a part of the team in Brazil, commented that the Brazilian market holds huge potential for the region and the TCI in particular, “It is pleasing to see Brand TCI starting to register in the Brazilian marketplace.”

Less than a week back, Team TCI is already working key players in the Brazilian tourism market to host press and educational trips to increase the buzz about the islands, and the Tourist Board has also been in discussions to participate in the São Paulo Boat Show in September 2014. Through continued cooperation and collaborative efforts, Team TCI is committed to bringing more business from Brazil and other burgeoning economies in Latin America to the destination. 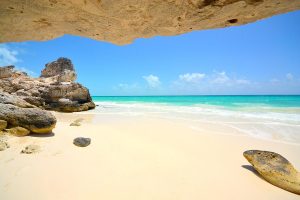 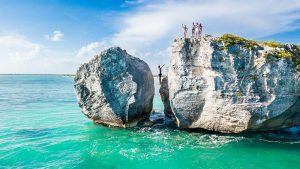 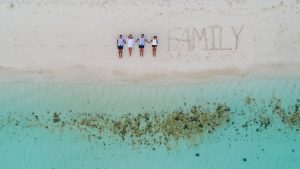 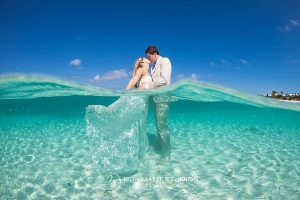 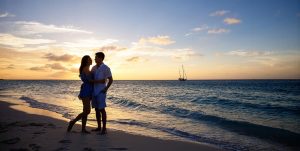